Florida Lawmaker: Common Core Will Turn ‘Every One Of Your Children’ Gay 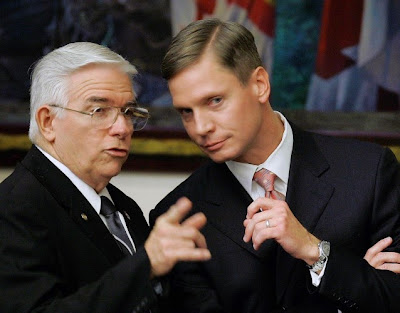 See all posts re Common Core.

Florida Lawmaker: Common Core Will Turn ‘Every One Of Your Children’ Gay (VIDEO)
By Scott Keyes
Daily Kos
May 19, 2014

Common Core may not be a well-intentioned set of improved educational standards, as supporters would have you believe, but instead a trojan horse designed to turn every schoolchild in Florida, if not America, gay.

This ominous warning came at an anti-Common Core event in March courtesy of Florida State Rep. Charles Van Zant (R). Speaking at the “Operation Education Conference” in Orlando, Van Zant warned that officials implementing Common Core in Florida are “promoting as hard as they can any youth that is interested in the LGBT agenda.”

Their aim, Van Zant warned, was to “attract every one of your children to become as homosexual as they possibly can.” He then apologized to the crowd for having to be the bearer of bad news. “I really hate to bring you that news,” the Florida Republican said, “but you need to know.”

VAN ZANT: These people, that will now receive $220 million from the state of Florida unless this is stopped, will promote double-mindedness in state education and attract every one of your children to become as homosexual as they possibly can. I’m sorry to report that to you.

Even for a Republican Party prone to hysteria, Common Core has sent grassroots conservatives into an accelerated tailspin. Right Wing Watch has a roundup of some of the most exaggerated reactions, including an Alabama Tea Party leader saying a vote for Common Core will damn lawmakers to hell, the American Family Association warning that children won’t “survive” Common Core, Eagle Forum saying it will promote homosexuality, Rep. Jim Bridenstine (R-OK) calling it “socialism,” and WorldNetDaily saying it will turn America into Nazi Germany.

The leader of this backlash is Glenn Beck, who believes the educational standards, which have been adopted in 44 states, are “evil” and designed to “train us to be a serf state” under the rule of China and Islam.

Posted by Maura Larkins at 6:54 PM