Should oppositional defiant disorder be stamped out by teachers? 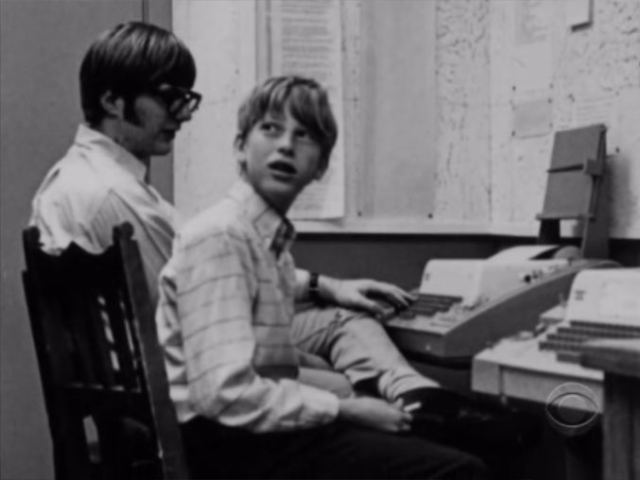 (CBS/YouTube) Bill Gates as a kid.

Around age 11, Bill Gates started to become a problem for his parents.
As his intellectual capacity grew, so did his argumentativeness. He refused to do the things his mom asked of him, like cleaning his room and showing up on time to dinner, according to The Wall Street Journal.
It came to a head one night when Gates was about 12 years old. The "tempestuous" know-it-all got into a "nasty" shouting match with his mother, according to The Journal, and his father threw a glass of water in his face. Soon after, Gates told a counselor: "I'm at war with my parents over who is in control."
Gates' adolescent behavior might seem like nothing remarkable — many of us went through similar stages of rebelliousness without growing up to be multibillionaires.
Yet a new study, published in the journal Developmental Psychology and cited by the Association for Psychological Science, suggests that there is in fact a connection between defiance and rule-breaking in adolescence and earning a high income later in life.
Back in 1968, nearly 3,000 sixth-graders living in Luxembourg took intelligence tests and answered questions about their feelings toward school. Their teachers also filled out questionnaires about the students' behavior. At the time, researchers assessed the students' family background as well.
In 2008, researchers revisited this data in order to see which childhood traits predicted career success and income. They were able to get in touch with 745 of the students, who were now about 52 years old.
Some of what the researchers found wasn't especially surprising. For example, more studious kids (as rated by teachers and by the kids themselves) went on to land better jobs.
But the researchers were surprised to find one childhood characteristic — beyond IQ, parents' socioeconomic status, and the amount of education the students attained — that predicted higher adult income: rule-breaking and defiance of parental authority.
At this point, the reason why rule-breaking preteens go on to become high-earning adults is unclear. The researchers say it's possible that people with rule-breaking tendencies are more inclined to stand up for themselves, which could lead to greater financial success.
Meanwhile, other research has yielded similar findings: One study found that agreeable (i.e. nice) adults tend to make less money than disagreeable adults. And Malcolm Gladwell argues in his book "David and Goliath" that entrepreneurs like Apple founder Steve Jobs and IKEA founder Ingvar Kamprad were more successful because they were disagreeable, allowing them to take social risks and decline requests that weren't in their best interests... (read more HERE)
Posted by Maura Larkins at 6:42 PM No comments: