Am I the only one who gets Ted Olson and John Bolton mixed up? 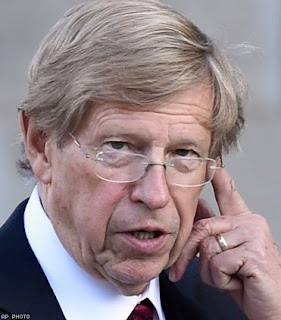 [Theodore] Olson was also the Assistant Attorney General for the Office of Legal Counsel when then President Ronald Reagan ordered the Administrator of the EPA to withhold the documents on the ground that they contained "enforcement sensitive information." This led to an investigation by the House Judiciary Committee that later produced a report suggesting Olson had given false and misleading testimony before a House subcommittee during the investigation. 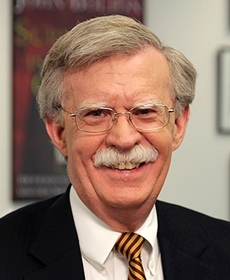 National-Security Adviser H.R. McMaster will be succeeded by John Bolton.

McMaster Is Out, an Even Bigger North Korea Hawk Is In
Yuri Friedman
The Atlantic
March 22, 2018
On Thursday, Donald Trump replaced a man who built the case for war with North Korea as a last resort with a man who just made the case for war with North Korea as more of a first resort. Trump announced that National-Security Adviser H.R. McMaster will be succeeded by John Bolton, the George W. Bush-era United Nations ambassador who has advocated for U.S. military action to prevent Saddam Hussein, Ayatollah Khamenei, and most recently Kim Jong Un from amassing weapons of mass destruction...