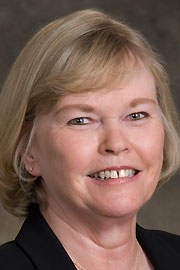 Wow, I really messed up on this story. My information about Diane Crosier and Dan Puplava leaving SDCOE was incorrect. But I'll tell you exactly how the misunderstanding took place, and what I have learned about Crosier and Puplava.

2. Did SDCOE give false information when it said last year that Puplava was no longer in a supervisory position?

Office of Ed manager was fined, suspended [by FINRA]
FINRA found issues with his side business
By Jeff McDonald
SDUT
May 18, 2012

The official in charge of a $270 million public investment fund for 6,400 educators in the region was fined $7,000 last year and had his broker’s license suspended for three months. He retained his official post.

Daniel Puplava, 50, manages the deferred compensation program for the San Diego County Office of Education. He has simultaneously worked for private brokerage firms, one of which was fined $300,000 in January for failing to supervise him and guard against conflicts of interest.

The fines were issued by the Financial Industry Regulatory Authority, the nonprofit regulatory agency that was reviewing the matter when the U-T wrote about Puplava’s dual roles in 2009.

At the time, Puplava worked for AIG Financial Advisors of Phoenix. He now works for his brother’s company, Puplava Financial Services of San Diego.

...“Mr. Puplava is no longer in a supervisory position and this behavior is not acceptable to SDCOE under SDCOE policy or practice,” the office said in a statement.

Puplava’s pay remained the same when he was removed from a supervisory position, the office said....

I talked to a couple of people at SDCOE this morning, and they insisted that Mr. Puplava is a manager with staff that he supervises. I suspect that when SDCOE claimed that Puplava wasn't in a supervisory position, they meant that he was no longer illegally having subordinates sign financial documents. But I believe his staff continued to do exactly what he wanted. 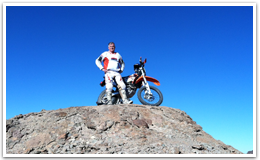 3. I visited Dan Puplava's website and it does not look like the website of an administrator whose intent is to help public school teachers arrange retirement benefits through a public agency. Why is Mr. Puplava posing with his motorcycles on the street and on top of mountains? And while the folks at SDCOE tell me that Mr. Puplava only gives trainings to SDCOE staff, his website says otherwise.

The website seems to be trying to bring in business:

All of these achievements are impressive in and of themselves, but what Dan is really known for are his educational workshops. He has spent years delivering and fine-tuning these financial workshops, in San Diego, Riverside, and Imperial County. They include his Comprehensive Financial Planning workshop as well as seminars and workshops focusing specifically on the current economy.

His most recent workshop, focusing on current economic trends, is called “The Coming Federal and California Debt Time Bomb.” The workshop has proven well received among those who have participated in it. For example, Dr. Ed Brand, current Sweetwater Union High School District Superintendent, says “Mr. Puplava’s economic foresight has helped many.”


ORIGINAL POST: Diane Crosier is no longer at SDCOE

Strangely, Diane Crosier is still listed on this page as Executive Director of the Risk Management Department as of September 2, 2013. I assume she retired, but I wonder why Randy Ward didn't announce it, and announce Crosier's replacement. Perhaps there are power struggles going on over on Linda Vista Road.

I should have suspected that Diane Crosier was gone from SDCOE when I found out this morning that Randall Winet's law firm is handling the MUNSHOWER VS. GROSSMONT UNION HIGH SCHOOL and JAN BRANNEN case.

Stutz Artiano Shinoff & Holtz can't be happy about this. It really looked like Dan Shinoff and Diane Crosier were going to continue to rule the roost at SDCOE, even after Emily Alpert and Rodger Hartnett exposed the lopsided system at SDCOE-JPA for assigning cases to lawyers.

Crosier and her two Dans (Shinoff and Puplava) seemed able to kick all opponents to the curb. SDCOE decided Ms. Crosier wasn't required to report her gifts. Crosier and Shinoff and Puplava punished and silenced Scott Dauenhauer for revealing that Puplava received $355,000 in one year from finanical institutions while he was a public employee. And in October 2007 Crosier and Shinoff worked together on a defamation suit against this blogger (Maura Larkins) that is still going on.

For years Susan Hartley, Sharon Jones and Mark Anderson have been supporting Diane Crosier's and Dan Puplav's shenanigans. Neylong and Robinson are newer on the job.

Did the SDCOE board suddenly become concerned about ethics? More likely it was the glare of publicity that concerned them.

After all, it wasn't until FINRA suspended Dan Puplava's broker license that SDCOE suddenly discovered some long-lost "SDCOE policy and practice" that forbade Puplava's actions. They supported Crosier and Puplava during a defamation suit against whistleblower Scott Dauenhauer that argued that Dauenhauer didn't know that what he was saying was true! Puplava claimed in the press that he shared the $355,000 with other brokers, but he never produced any such evidence in court.

I went to the courthouse and read the case file. I was shocked to see that Crosier and Puplava tacitly admitted the truth of what Dauenhaur was saying--but they insisted that Dauenhhaur could not have figured it out, even though he had a lot of documentation. In other words, they claimed that even though he hit on the truth, he didn't really KNOW it was true. They refused to admit that he was smarter than they wanted him to be. I believe Scott Dauenhaur would have prevailed, but he couldn't continue to pay a lawyer for the drawn-out legal battle, so he settled.

Why didn't the SDCOE board act sooner on "SDCOE policy and practice"? Because it has long been SDCOE's "policy and practice" to conceal the truth about wrongdoing in schools and at SDCOE itself. In fact, I don't see any evidence that Puplava was punished in any way by SDCOE. 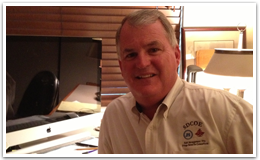 Crosier's sidekick Dan Puplava is also gone, apparently since fall 2012. A search for "puplava" turned up only one result on the SDCOE website, and it seemed to be an old page.

Things were starting to go south for Mr. Puplava in May of 2012:

Office of Ed manager was fined, suspended
FINRA found issues with his side business
By Jeff McDonald
SDUT
May 18, 2012

...“Mr. Puplava is no longer in a supervisory position and this behavior is not acceptable to SDCOE under SDCOE policy or practice,” the office said in a statement.

Puplava’s pay remained the same when he was removed from a supervisory position, the office said....

In the grand scheme of things, the San Diego County Office of Education is something of an obscure bit player. It provides administrative support to local school districts and runs continuation schools for students with disciplinary problems. This fringe status, however, does not excuse it from having to meet basic standards of good government.

That absolutely hasn't happened in the case of Daniel Puplava, who manages the office's retirement program while also working as a private broker who sells investments to administrators and teachers served by the program. This is prohibited, according to a 2008 opinion from the state Attorney General's Office.

But even with such an opinion, it is obvious that this is an unacceptable conflict of interest. While a full-time school office employee, Puplava lined up fellow government employees for his private brokerage and used his government phone as his primary contact number. Incredibly, Superintendent Randolph Ward himself bought an annuity from Puplava shortly after Ward began work in 2006.

Now Ward is refusing to answer questions on the matter. Board trustees John Witt and Mark Anderson also are stonewalling. Trustee Sharon Hartley says it's much ado about nothing, evidently concluding that the county schools office is not answerable to Attorney General Jerry Brown. Board President Sharon Jones pretends she's not allowed to comment on the matter because of “personnel” rules. Only trustee Jerry Rindone shows the appropriate level of dismay.

A respected high school principal and Chula Vista councilman before being elected to the county schools board, Rindone understands this isn't how government is supposed to work.

That doesn't hold for Ward, Witt, Anderson, Hartley and Jones. Their “what, me worry?” approach is an embarrassment.

[Maura Larkins comment: Jerry Rindone was the only SDCOE board member who wanted to look into these matters, and he's long gone. The other board members, as well as Superintendent Randy Ward and Asst. Supt. Lora Duzyk have fully supported all the goings-on in the Business Department... I'll try to find out what happened.] 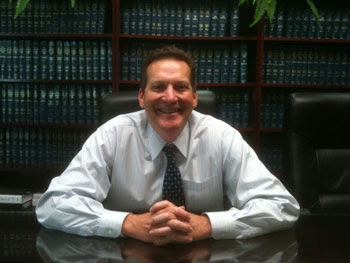 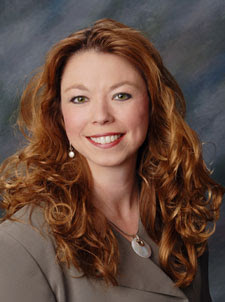 The attorney in the Munshower case is Jennifer Creighton, who attended Cal Western.