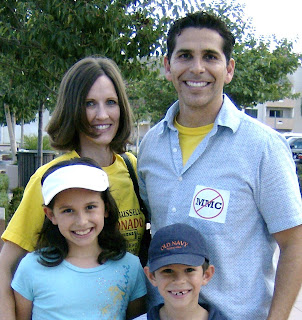 UPDATE: Voters will be the ones losing this election if the CVESD board decides to appoint an insider instead of allowing Archie McAllister, the highest runner-up in the voting, to take the seat of Bertha Lopez, who will be taking a seat in the Sweetwater School District.

Patrick Judd failed to keep his board seat in Chula Vista Elementary School District in spite of the efforts of Aurora Murillo-Clark to split the vote.

Clearly, voters had had enough of Mr. Judd, who was recently forced out of his job as superintendent of Mountain Empire Unified School District due to sexual harassment charges.

Spoiler Norberto Salazar, however, was successful in splitting the vote for seat 2. Salazar, who can't seem to open his mouth without praising former San Diego police chief David Bejarano, managed to get his idol elected for the first time. Bejarano got his position on the board through appointment.

Patrick Judd's obedient servant Bertha Lopez, however, will apparently carry his torch to Sweetwater Union High School District. This will give Bertha Lopez' cronies on the CVESD board the opportunity to appoint her replacement, instead of allowing the voters to choose. Obviously, the voters' top choice is ARCHIE MC ALLISTER. The board should either appoint Mr. Mc Allister or hold a new election.