HACKED CVESD GRIEVANCE: Who doesn't want you to read what's beneath the black box? (See original image below) 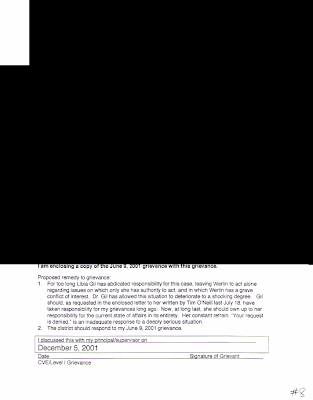 Yes, I've been hacked again, but things are getting better. This time the mysterious black box does not quite cover the targeted image on my related website.

More than 10 years later, hackers are still trying to conceal the 2001-2002 actions of former CVE president and current California Teachers Association (CTA) director Jim Groth, who worked on behalf of disgraced asst. superintendent Richard Werlin and board members at Chula Vista Elementary School District. Or was it the reverse? Were Werlin and CVESD working on behalf of Jim Groth? It's hard to unscramble the egg.

Why didn't Jim Groth (now a member of the state board of directors of California Teachers Association) insist that the district respond?

Well, that question seems to answer itself. Obviously, CTA and CVESD were covering up something. It appears that Groth's CTA directorship may be linked to his otherwise inexplicable decision to get in his car and drive to the district office to say that it was fine with him if the district ignored my June 9, 2001 grievance.

Here is what the image looked like before it was hacked: 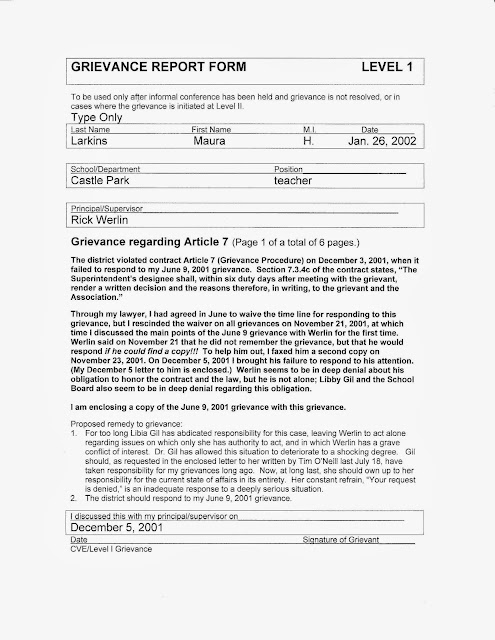 The CTA website says that Jim Groth "is the past chair of the CTA State Council of Education Communications Committee." Perhaps that committee is in charge of hacking teacher websites?

CVESD board members Pam Smith and Larry Cunningham, who spent tax dollars to cover up crimes, are still on the CVESD board, although the careers of several administrators have ended.

It seems that crime pays, as the saying goes, but only for teachers, union officials and board members--apparently not so much for administrators.

It should be noted that this same case was investigated by school attorney Daniel Shinoff. A large number of documents he collected at Castle Park Elementary School have gone missing, as Mr. Shinoff and his partner Ray Artiano explained in this deposition.
Posted by Maura Larkins at 10:59 AM