San Ysidro Schools doesn't think opposing attorneys should be allowed to see public records showing how much San Diego County Office of Education has paid to San Ysidro's lawyers for work in the EcoBusniess case. See also story at bottom of this post of punishment of a teacher who called in law enforcement when he saw documents burning in a San Ysidro school dumpster. 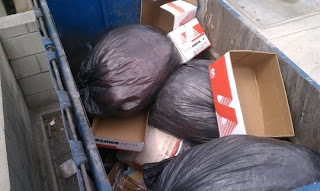 San Ysidro's lawyers also told the court that a cash handout from a contractor to Superintendent Manuel Paul sheds no light on how San Ysidro officials make decisions about contractors.

The California Bar Association says that public entity lawyers have no obligation to the public and are only beholden to the public officials they represent. If they are right, as they may well be, perhaps the law needs to be changed.

I think a school district belongs to the people who pay for it and the people for whose benefit it was created, not to the officials and others who have obtained power in its hierarchy.

P.S. I am wondering why the San Diego Union-Tribune laid off Watchdog reporter Aaron Bergin. It probably didn't help when Bergin wrote about another school attorney firm, Fagen Friedman Fulfrost, and its shenanigans at Carlsbad School District. SDUT owner Doug Manchester perhaps decided he had one Watchdog too many.

CNN reports that education attorneys at Lowndes County Schools insist the video they released recently of the day student Kendrick Johnson died is "a raw feed with no edits."

However, forensic video analyst Grant Fredericks says, "(The surveillance video has) been altered in a number of ways, primarily in image quality and likely in dropped information, information loss," he said. "There are also a number of files that are corrupted because they've not been processed correctly and they're not playable. I can't say why they were done that way, but they were not done correctly, and they were not done thoroughly. So we're missing information." 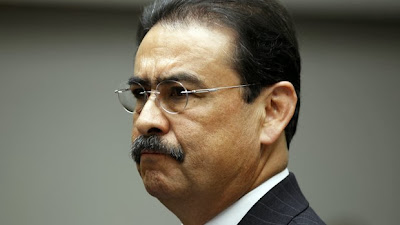 Lawyers for the San Ysidro School District filed several motions last week in an $18 million lawsuit over solar installations, attempting to exclude any mention of cash handoffs, burning of district records or criminal charges against officials.

Daniel Shinoff, the attorney defending the South County district in a dispute with EcoBusiness Alliance, asked a judge to bar from the upcoming trial references to former Superintendent Manuel Paul’s admission that he accepted $2,500 in cash from a contractor looking to secure business.

Paul has said the money was for political signs, and the motions also ask the judge to omit references to amended campaign disclosure forms filed by trustees after Paul testified that’s what the money was for.

The district argues that its former superintendent is not involved in the lawsuit.

“First, this is a breach of contract action between the San Ysidro School District and EcoBusiness Alliance,” one motion states. “Manuel Paul is not a party.”

The documents also ask the judge to exclude witnesses and references to an FBI investigation into district business practices and an FBI probe into the burning and shredding of documents on district property in July.

The motions have yet to be ruled on by the judge hearing the suit, in which EcoBusiness Alliance is objecting to the 2012 cancellation of its $18 million contract to install solar power systems at district campuses.

The company is attempting to prove that the contract was canceled in part because officials maintain a “pay to play” culture that awards contracts to vendors who contribute gifts or cash to top district officials. The district rejected that claim, saying the deal fizzled because the company did not act on the agreement.

The attorney representing EcoBusiness Alliance called the motions a ploy and a waste of public funds.

The lawsuit is unrelated to criminal charges filed against Paul and Trustee Yolanda Hernandez, who were among 15 South County educators indicted by the grand jury a year ago on corruption charges. The DA is attempting to prove a pay-to-play atmosphere regarding school construction contracts in South County, at San Ysidro and two other districts.

Hernandez has pleaded guilty to one misdemeanor charge of filing a false form. Paul has pleaded not guilty to six remaining corruption charges.

The criminal case is scheduled for trial in 2014. The civil suit is expected to go to trial early next year.


MORE EFFORTS TO SILENCE REPORTS OF EVENTS IN SCHOOLS 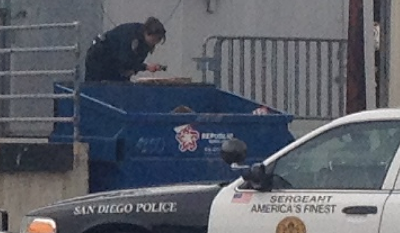 Curious reports continue regarding burned papers retrieved from a burn barrel in the maintenance yard of the San Ysidro School District...

A new twist to the story, however, is that the district has placed the whistleblower on administrative leave.

The sequence of events on July 3 began when a San Ysidro school teacher got a call from his union president who informed him of the possible burning of documents. He called his acquaintance, Art Castanares, one of the owners of EcoAlliance, a solar-power company. EcoAlliance has filed a breach-of-contract suit against the district.

The teacher and Castanares showed up at district headquarters at about the same time and found the burn barrel. They called the FBI and the San Diego police.

“I can’t even have an open burn in my backyard," said the teacher in a recent interview. "It doesn’t look right for someone in the district to be doing this.” The teacher said what appeared to be legal documents were visible among the ashes.

Though the teacher declined to release his name until he meets with his attorney, he worries he is already suffering the consequences of being a whistleblower. The district placed him on administrative leave on Tuesday, July 30...
Posted by Maura Larkins at 9:21 AM