Just as I suspected: Emma Leheny is back as CTA chief counsel!

CAROLYN DOGGETT AND PRISCILLA WINSLOW OUT, EMMA LEHENY IN

The California Teachers Association's website has (once again) been changed to say, "The Legal Services Division is directed by Chief Counsel Emma Leheny."

Emma Leheny recently stepped away from the helm of CTA's Legal Services, apparently during some kind of a power play by Priscilla Winslow (perhaps with the assistance of former head counsel Beverly Tucker and her supporter, executive director Carolyn Doggett?)

It looks like Governor Jerry Brown stepped in to help. He appointed Priscilla Winslow to PERB, the Public Employee Relations Board. Now that Winslow has gone to PERB, Emma Leheny has resumed her position.

Why do I think Executive Director Carolyn Doggett may have supported Priscilla Winslow?

First, the two have worked together as Executive Director and Associate Director of CTA for the past couple of years.

Second, Doggett has a very long history of supporting her cronies, such as former chief counsel Beverly Tucker, even when they were engaged in illegal actions. Doggett, Tucker and Winslow are the power trio of the old guard. I'm sure Beverly Tucker's political connections are still strong. Emma Leheny obviously had trouble with the old guard, even though she has worked with them on several cases over the years, before coming to work for CTA. (I don't consider people like Dean Vogel, the president, to have much power at all, so I don't blame Vogel for the tumult. Besides, he's a nice guy.)

Third, Carolyn Doggett is finally going to release her grip on the Executive Director position at CTA. She's retiring in June 2013. I suspect she wanted to leave her cronies in charge.

Fourth, Emma Leheny and the old guard were bound to come into conflict simply because Emma has spent her entire legal career in the real world, not in the cocoon of CTA, where all the favored cronies are protected from consequences of wrongdoing by the enormous power of CTA. In fact, at CTA ethics is defined as not blowing the whistle, no matter what happens. More than one official has told me it would be unethical to report wrongdoing, including crimes. Emma is more aware of the threats presented by the real world to lazy, overconfident union lawyers. 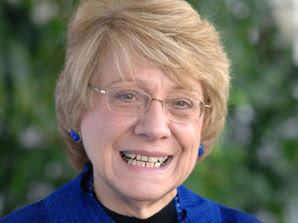 Wonderful Design Blogs, Such a great list. Thanks for sharing all these blogs all are very useful to every one.
Smoking Electronic Cigarettes