It seems that CVESD and California Teachers Association were more interested in protecting powerful teachers than in conducting serious investigations of extremely urgent allegations. When a teacher was accused of being likely to "come to school and shoot everybody," the district never did an investigation, and the teachers union never insisted on an investigation.

I recall listening to former Chula Vista Educators grievance chair Frank Luzzaro a few years ago complaining that the district had placed a male teacher on administrative leave due to unproven allegations of child abuse.

John Raymond Kinloch might been that teacher--unless perhaps there were TWO suspected child molesters at CVESD at the same time!

(I've been trying to remember exactly what year it was that Frank Luzzaro called me in response to a letter I sent him. I am certain that it was after my 2003 OAH hearing. At first I though that it was around 2003 or 2004, but then I remembered that I had my website going at the time of the call. That would make it more likely that the call was in 2005.)

CVESD HAS LONG HAD A CULTURE OF SECRECY AND CRONYISM

Superintendent Lowell Billings, Asst. Supt. for Human Resources Richard Werlin, and Asst. Supt. Dennis Doyle were in charge when the critical events occurred in the Kinloch case and in other cases in CVESD covered-up wrongful actions and falsified and concealed various documents.

Rick Werlin claimed to have "lost" all his notes about a teacher who was accused of being likely to come to school and "shoot everybody." CVESD's lawyer, Dan Shinoff, says he lost about half of the documents he collected at Castle Park Elementary. He lost a few pages here and a few pages there from a single set of about 87 documents. Here are some of the documents that were produced. Those missing pages about a possible mass shooting at Castle Park Elementary would be very interesting to see!

Chula Vista Educators, particularly Jim Groth, who is now on the Board of Directors of CTA, also seemed to support district decisions, especially when the goal was to conceal crimes by teachers who were favored by the administration. (Of course, it was different when one of Jim's pals got in trouble. CVE paid $17,000 in legal fees to contest a district decision to dock Frank Luzzaro one day's pay.)

An important part of this picture is the fact that California Teachers Association is quite reliable in protecting child molesters such as Albert Truitt.

Obviously, Mr. Kinloch was not fired. CVESD and CVE have a bad habit of protecting the guilty. Perhaps CVESD and CVE don't like effective investigations because facts might interfere with their political goals.

At the same time that it flubbed the Kinloch investigation, CVESD administrators, with the approval of CVE's Jim Groth and other CVE officials, flat-out refused to investigate anonymous allegations against another teacher. Depositions later proved that the allegations against the "dangerous" teacher were false, but that teacher had already been fired. Depositions also proved that teachers who made the anonymous accusations were covering up their own crimes!

The district then realized too late that the accusers, who called themselves "The Castle Park Family," had become out of control. The "Castle Park Five" were prominent members of the Family. The Family felt that it, not the administration, should be in charge. They can't be blamed for thinking this since they had successfully demanded that CTA and the district help them by violating longstanding policies as well as the law, to defend Family members in court. The district spent $100,000s of taxpayer dollars on lawyers to conceal the truth.

Coincidentally, both Frank Luzzaro and his wife work for the Reader, which had profiled John Raymond Kinloch in 1998 as a child pornographer. I have noticed that the Reader avoids delving into problems at CVESD. I have provided information directly to Frank Luzzaro and the Reader, but neither has expressed any interest. 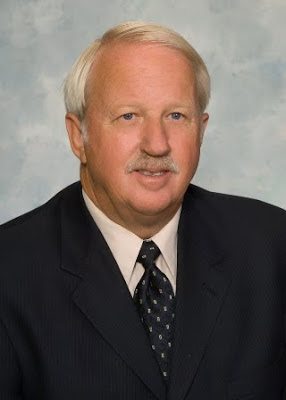 The school board in 2004 consisted of Pamela Smith, Larry Cunningham, Cheryl Cox, Patrick Judd (who was successfully sued for sexual harassment by a female principal) and Bertha Lopez. All five of these individuals supported the hiring and firing tactics of the administrators named above.

CHULA VISTA (CNS) - A South Bay elementary school teacher accused of molesting a student and possessing child pornography to get boys to expose themselves online is scheduled to be arraigned Friday.

John Raymond Kinloch, a first-grade teacher at Wolf Canyon Elementary in Chula Vista, was initially arrested last Friday after agents with the San Diego Internet Crimes Against Children Task Force served a search warrant at his home. He was released on bail that evening.

Authorities began looking into the online activities of Kinloch based on tips received by the National Center for Missing and Exploited Children, said San Diego police sex-crimes Lt. Anastasia Smith.

The investigation allegedly showed that the 41-year-old Kinloch, while posing as a girl on a website called "MeetMe," had persuaded boys to disrobe during live one-on-one webcam interactions, according to Smith.

Kinloch, a San Ysidro resident, was re-arrested Wednesday on suspicion of 11 counts of committing lewd and lascivious acts on a child under age 14 after the alleged victim came forward, according to San Diego police.

The defendant was being held in lieu of $1.15 million bail pending arraignment.

His bail is set at $1.1 million, jail records show.

“This is a case many years delayed in reporting,” said San Diego police Lt. Anastasia Smith. “It appears this victim was previously a student of his.”

She said the student attended Feaster Charter School. Kinloch taught there from 2000 to 2009, then transferred to Wolf Canyon Elementary School, where he was teaching first grade, school district officials said.

“This new case raises the question of whether there are other students involved,” Millican said Thursday.

Kinloch was investigated by the Internet Crimes Against Children Task Force for allegedly posing online as a girl and soliciting young boys to send him pictures of themselves naked, Smith said. The task force is a joint effort by federal, state and local law enforcement agencies.

Federal authorities arrested Kinloch on Friday on suspicion of possessing child pornography, using a minor in an obscene manner and luring a minor for a sexual offense. He was booked into jail, then released on bail. Authorities said earlier in the week that no Chula Vista students were involved in the pornography.

On Wednesday, a former student reported being molested, and Kinloch was arrested about 9 p.m. as he was leaving his South Bay home.

“Our hearts go out to the child,” Chula Vista Superintendent Francisco Escobedo said Thursday in a statement. “The allegations raised in the charges against Kinloch are appalling. For a teacher to betray a child in this manner is very upsetting. We are very dismayed by this.”

School district officials were upset that a federal background check on Kinloch when he was hired failed to turn up his connection to a 1998 child pornography case in England.

Millican said the San Diego Reader published a story in June 1998 that said Kinloch, then a San Diego State University student, went to England to testify in the criminal trial of a college student accused in trafficking in child pornography. That student’s files contained information that led investigators to Kinloch, and he was offered immunity by the U.S. Attorney’s Office in San Diego to testify, the Reader reported. He testified during the trial that he was attracted to young boys, the Reader said.

The district is investigating how the past case was not flagged during Kinloch’s background check and plans to work with the state’s Teachers Credentialing Commission on how to improve the process.

CHULA VISTA, Calif. - A South Bay elementary school teacher accused of repeatedly molesting a former student and possessing child pornography to get boys to expose themselves online pleaded not guilty Friday to 20 charges, including 18 counts of child molest.

Kinloch, a first-grade teacher at Wolf Canyon Elementary in Chula Vista, initially was arrested last Friday after agents with the San Diego Internet Crimes Against Children Task Force served a search warrant at his home. He was released on bail that evening.

Deputy District Attorney Enrique Camarena told reporters that the first alleged molestation happened around 2004 or 2005, when the student was about 8 or 9 years old.

Camarena said the alleged victim, a boy, had a close relationship with Kinloch, both inside and outside the school.

Some of the molestations occurred on school grounds, the prosecutor alleged.

Kinloch faces 43 years and six months in prison if convicted.

"When a teacher commits a crime, especially of this nature on school grounds that is about the most extreme violation we can have," Camarena said.

Defense attorney Dan Greene told South Bay Judge Katherine Bacal that Kinloch had no prior record and had a master's degree, without being specific...

The attorney said community members have come forward to praise Kinloch as a great person and educator...

[Maura Larkins comment: I've noticed that people often say that teachers and parents know who the good teachers are. In fact, they don't. Effective evaluations are needed, but many principals don't bother doing observations, and simply rely on school politics to decide who's good and who's bad.] 10News reporter Michael Chen asked, "If he's attracted to young boys, why did he petition to be a teacher?"

Greene answered, "I can't [answer] that for you right now ... It's unfair to rush to judgment before going through due process."

School district officials said they were upset that a federal background check on Kinloch failed to turn up his connection to a child pornography case in England in 1998.

Kinloch was granted immunity and testified that he was attracted to young boys, the Reader reported...

'On Monday of this week in the San Diego Schools, at Pershing Middle School, where my daughter attends, I had to go and file a sexual harassment complaint against children who were harassing my daughter, ... Ky PlaskonSeptember 2, 1999
Posted by Maura Larkins at 8:32 PM

As per my suggestion you can hire this company for assignment writing and make sure do not select any one else as your grades are important to us and we provide quality.