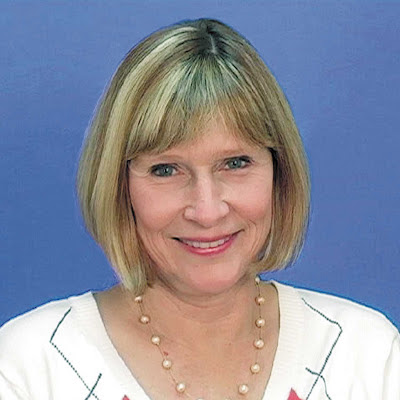 McClain's attorney Dale Gronemeier successfully argued that the board didn't want to admit that it couldn't get along with its superintendents, and was worried about the political repercussions of buying out two different superintendents in two years, so it sought to trump up accusations against McClain and fire her for cause. The district was unable to convince the court that the firing was justified.

On October 3, 2012 the Court issued the following order (found on the Court's website):

COURT RULING: The Court finds judgment on the Amended Complaint(First Amended Complaint) for Sharon McClain Ed D and against Del Mar Union School District in the amount of: $388537.00 principal, $0 punitive damages, $0 attorney fees, $ interest, $0 prejudgment costs and $0 other costs. Interest is awarded from the time of breach at the rate of 7%.

The transcript pretty much explains the case.

But apparently somebody doesn't want the public to see the transcript. Who could that be, I wonder? I got a message today from the court reporter telling me I should erase the transcript from my website. But how did she get my private email address?

To its shame, U-T San Diego has not reported on the trial outcome in this case, although it published the details of the district's criticisms of McClain.

It appears that education commentator Marsha Sutton was unable to bring herself to write about the conclusion of this case, although she started out with a bang. I saw Marsha in court during the trial, but something seems to have stopped her from reporting about the outcome.

Fortunately, reporter Karen Billing takes up the slack in these situations:

While the trial ended Oct. 3 in the case of former Del Mar Union School District Superintendent Sharon McClain versus the district, the specifics of the judgment of the wrongful termination lawsuit won’t be known for weeks.

“I won,” McClain said. “I feel vindicated. … The most important thing was the vindication to me that they did the wrong thing. I’m glad it’s been proven that they were wrong.”

McClain said she will be owed two years and three months in back payments, plus retirement from the California State Teachers Retirement System (STRS).

McClain’s attorney, Dale Gronemeier, emailed this newspaper copy from the court’s statement of intended decision that said: “The Court finds in favor of plaintiff for breach of contract in the sum of $413,500, which includes the district’s STRS contribution plus $32,000 for the tax sheltered annuity less the consulting income earned mitigation of $56,963. The total award to plaintiff is $388,537 plus 7 percent interest from the time of breach.”

However, the district’s attorney Dan Shinoff said that the judge did not blanket order those two years and three months in compensation and he believes the amount owed to be more like $156,000.

“I think that the verdict was in her favor,” Shinoff said. “I think it’s our obligation as officers of the court to make sure we’re never ever critical of a decision that a judge makes, but that doesn’t mean there still aren’t issues capable of being viewed from a different perspective.”

The Del Mar school board met in closed session on Monday. Oct. 8, to discuss the case but no action was taken. President Scott Wooden said that they are awaiting the court’s judgment and nothing will happen until that point.

“We’d all like to see it resolved,” Wooden said.

... Doug Perkins and Comischell Rodriguez are the only current board members who were a part of the previous board that fired McClain.

[Maura Larkins comment: Doug Perkins voted to fire McClain, costing the district much time and money. Comischell Rodriguez was the only board member with the courage to vote against the firing.]

...The transcript of the case will be made available later this week...

On October 9, 2012 I added the following to this post: "To its shame, U-T San Diego has not reported on the trial outcome in this case, although it published the details of the district's criticisms of McClain."

But this lawsuit is most definitely NOT settled.

Why would anyone want the public to believe it was settled?  I think the answer is clear. Schools want to maintain the fiction that when they settle, it isn't because they violated the law, it's just to avoid legal fees, even though they never did anything wrong. The opposite is true. The system is set up so that lawyers, rather than wronged employees and students, receive the largesse of school insurer SDCOE-JPA (San Diego County Office of Education).

A reasonable person would conclude that the court had actually overseen a settlement of the case. The word "trial" does not occur anywhere in the U-T article. The article refers to "legal proceedings" and mentions the name of the judge, and includes a recitation of board complaints against McClain.

The name of Dan Shinoff is entirely missing from the U-T article. Interestingly, the Union-Tribune completely failed to cover the sexual harassment lawsuit of former CVESD board member Patrick Judd, former superintendent of Mountain Empire Unified School District, although the Union-Tribune had endorsed Mr. Judd repeatedly.

Jack Sleeth and Dan Shinoff don't seem to believe that a law requiring 30 days notice actually means 30 days notice is required. We can all be skeptics, can't we?

pages 18-22 of the trial transcript

LET ME ASK YOU ONE QUESTION BEFORE YOU DO THAT AND I'M GOING TO ASK THE DISTRICT THE SAME QUESTION. WHY DIDN'T THEY GIVE HER 30 DAYS' NOTICE? THAT'S SOMETHING I NEVER UNDERSTOOD FROM THE FIRST PHASE OF THIS TRIAL.

MY ANSWER BEFORE AND MY ANSWER NOW IS THEY MUST HAVE GOTTEN BAD ADVICE...THAT'S THE BEST GUESS I CAN MAKE. I'VE ASKED THAT QUESTION, AND THEY'VE REFUSED LET ANYBODY ANSWER IT [in depositions]...

THE DISTRICT SIMPLY HAD A DIFFERENT INTERPRETATION ...

WELL, OKAY...I SUPPOSE THE ANSWER IS THAT RELATIONSHIP BETWEEN THE BOARD AND THE COMMUNITY AND THE SUPERINTENDENT HAD DETERIORATED TO THE POINT WHERE THE DISTRICT WAS WILLING TO TAKE THE RISK THAT THE 30 DAYS MIGHT REALLY MEAN 30 DAYS.

Attorney Robert Mahlowitz will present “Dragged Into Closed Session: The Ins and Outs of California’s Brown Act & Personnel Discussions” at the Fall Training Institute for the Association of Chief Human Resource Officers/Equal Employment Officers (ACHRO/EEO). The event will be held at Harrah’s Lake Tahoe October 24-26.

HR Professionals are often called upon to appear in closed session with their Boards to discuss personnel issues. Limited budgets may restrict access to legal counsel when HR Administrators have concerns about whether matters have been properly noticed, what notice has been provided to an employee and what to do when the employee wants a public airing of the discussion. Concerns also arise about potential personal liability for violation of the Brown Act. For 30 years, Stutz Artiano has served as legal counsel to community college and school districts in California and we will share insights to empower senior HR/EEO professionals for those times when the Brown Act invades.

[Maura Larkins comment: Stutz provided legal counsel to MiraCosta College throughout the Victoria Richart paroxysm, and to Grossmont-Cuyamaca during the Omero Suarez scandal.
Posted by Maura Larkins at 8:54 PM

The Court Reporter has no authority to ask you not to post the transcripts. She is not the author and not entitled to ownership of any transcript.


Filed 11/26/97
CERTIFIED FOR PUBLICATION
IN THE COURT OF APPEAL OF THE STATE OF CALIFORNIA
SECOND APPELLATE DISTRICT
DIVISION ONE
URBAN PACIFIC EQUITIES CORPORATION
et al.,
Petitioners,
v.
THE SUPERIOR COURT OF
LOS ANGELES COUNTY,
Respondent;
STEINER & LIBO et al.,
Real Parties in Interest.
No. B114725
(Super. Ct. No. BC151818)
ORIGINAL

ORDER AND JUDGMENT*
Before O’BRIEN, McCONNELL, and TYMKOVICH, Circuit Judges.
This appeal involves a dispute over payment for transcripts of proceedings
in this case. A court reporter prepared the transcripts and delivered the originals
to defendant City of Albuquerque, which paid the reporter for them. An attorney
obtained copies of the transcripts through a public-records request. The district
court decided the reporter was entitled to be paid for the copies obtained from the
City of Albuquerque. It erred.

Merits of Livingston’s Appeal
We have found no authority to justify requiring plaintiffs, and derivatively
their attorney, Mr. Livingston, to pay a fee to a court reporter for a transcript
copy the reporter did not make but, rather, that they legally obtained from another
source by independent means. On the contrary, both broad principle and
particular holdings undermine the notion that court reporters may demand a
“missed fee” whenever someone obtains a copy of a transcript that can be traced
back to an original transcript the reporter had made—and was paid for
making—for someone else.
In broad terms, Ms. Bean’s fee claim rests on the tacit premise that court
reporters in some legal sense own the content of the transcripts they prepare, such
that they are entitled to remuneration whenever a copy of a transcript is made (even if they played no role in making the copy). To accept this premise would
effectively give court reporters a “copyright” in a mere transcription of others’
statements, contrary to black letter copyright law. See 2 William F. Patry, Patry
on Copyright, Ch. 4 Noncopyrightable Material, § 4.88 (Updated Sept. 2008)
(court reporters are not “authors of what they transcribe and therefore cannot be
copyright owners of the transcript of court proceedings”).
And there is a line of cases holding that transcripts independently accessed
(such as by simply requesting the case file from the court clerk1) may be viewed
and copied as an alternative to purchasing a copy from the court reporter. See
Kinan v. City of Boston, 112 F.R.D. 206, 208 (D. Mass. 1986); Hawley v. Hall,
131 F.R.D. 578, 583 (D. Nev. 1990); C.P.C. P’ship Bardot Plastics, Inc. v.
P.T.R., Inc., 96 F.R.D. 184, 185 (E.D. Pa. 1982); see also Stanley v. Henderson,
590 F.2d 752, 753 (8th Cir. 1979) (noting counsel may obtain copies of appeal
transcript from clerk); Schroer v. United States, 250 F.R.D. 531, 535-37 (D. Colo.
2008) (rejecting, under post-2000 Rules (see supra note 1), party’s effort to
require immediate filing of transcript with clerk to enable informal copying, not
because copying is improper but because party failed to justify burdening the court with filing of as-yet-unused transcripts). These cases undercut Ms. Bean’s
claim to compensation for transcript copies independently obtained from the City
under New Mexico’s Inspection of Public Records Act.2 And if she was not
entitled to compensation, she was not entitled to a lien on plaintiffs’ (ultimately
Livingston’s) attorney fee recovery to secure payment of such compensation.

Maura, thanks for posting the ruling. It seems Marsha Sutton has no interest in posting current news which do not exonerate Katherine White or Dan Shinoff.