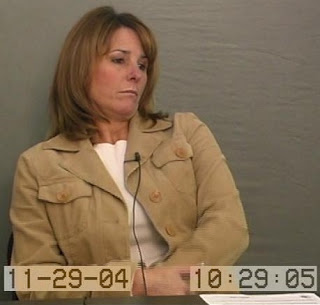 Peg Myers, recent CVE President and one of the Castle Park Five, did not want to testify about events that occurred when she taught at Castle Park Elem. School.

The woman formerly know as Peggie, then Peg, and now Margaret Myers has changed her colors once again, underscoring the bizarre relationship between Chula Vista Educators and CVESD.

Myers has been at the epicenter of many controversies since since 2001, including helping to cover-up illegal actions against a fellow teacher at Castle Park Elementary in order to protect her friend Robin Donlan. Then both Peg and Robin became members of the Castle Park Five in 2004.

Myers was rewarded for helping former CVE presidents Jim Groth and Gina Boyd conceal the truth about what happened at Castle Park Elementary. Myers moved up automatically from her position as vice-president of Chula Vista Educators when Jim Groth resigned as president. (This is also the way that CVESD board members usually obtain their seats on the school board: by NOT being elected.)

Myers' relationship with Asst. Supt. for Human Resources Rick Werlin made it seem that she did not care about teacher rights, only about politics.

But after she became CVE president, it seemed that she had changed, and was genuinely interested in protecting other teachers' rights. Unfortunately, like former CVE presidents Jim Groth and Gina Boyd, Myers appeared to be an advocate for teachers when she was actually undermining teacher rights to gain political advantages. The strategy has obviously paid off.

I guess the teachers who poured their hearts out to her over the past few years are a little worried now. Who would even have imagined that a teacher union president would become a Director of Human Resources? It's like Assemblyman Juan Vargas going from the Insurance Committee to vice-president of Safeco Insurance Company. You can't help wondering why the insurance people liked him so much. He must have been helpful to them all along.

Sandra Villegas Zuniga continues as Assistant Superintendent for Human Resources at CVESD. She hired Myers as one of three Directors of Human Resources. 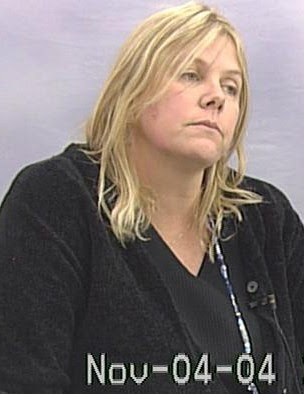 To add to the oddness of the situation, Chula Vista Educators has taken down its website, and refuses to tell callers who the new CVE officers are, except that Jennefer Porch is president.

I'm trying to figure out what the big secret is. My suspicion? Perhaps Robin Donlan is one of the new officers! This situation reminds me of Mitt Romney's refusal to release his tax returns except for the last two years. Obviously, something is being kept secret by both Romney and CVE, but what is it? HERE is one theory about why Romney doesn't want to release his records. Obviously, Chula Vista Educators also feels it has something to hide. If it's not Robin Donlan, then I'm guessing it's another of Peg Myers' cronies from Castle Park Elementary.
Posted by Maura Larkins at 6:41 PM